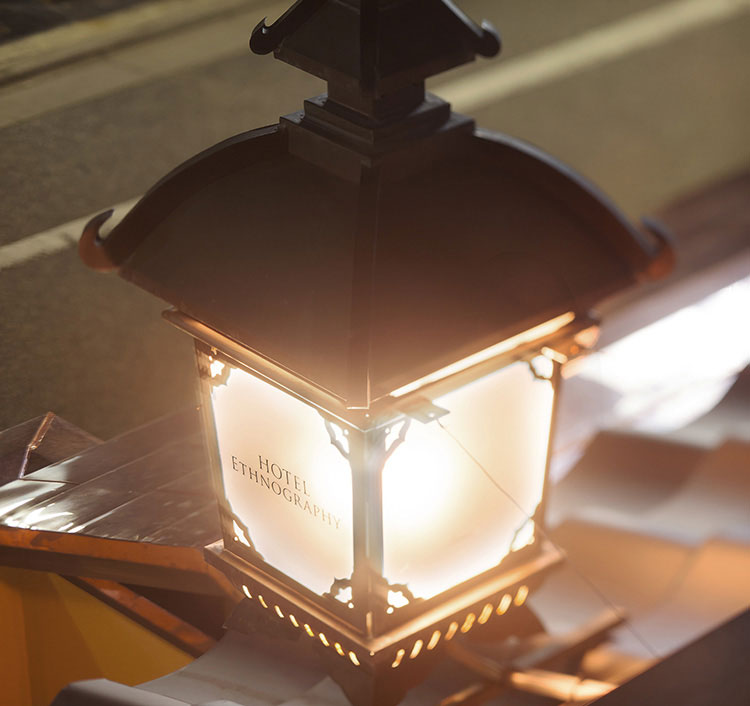 Besides generating a sense of tranquility, these elegant lamps are also commonly seen lighting the areas around many older buildings in Kyoto. The dim lighting effects as well as the copper-green rust color allows you to feel a sense of historical nostalgia radiating from these unique lighting fixtures.
Around the time that electric lights and gas lamps were becoming more widespread throughout Japan, electric light bulbs and glass were quite expensive and having these fixtures adorn the roof of your shop was seen as proof that your shop was prospering. The Japanese eaves lighting style we see today evolved from the western gas lamp, and during that transition became a design that is uniquely Japanese while still harkening back to its roots in western design; though the fixtures are made mainly of copper, various techniques are used during assembly by competing craftsmen to distinguish their particular design. 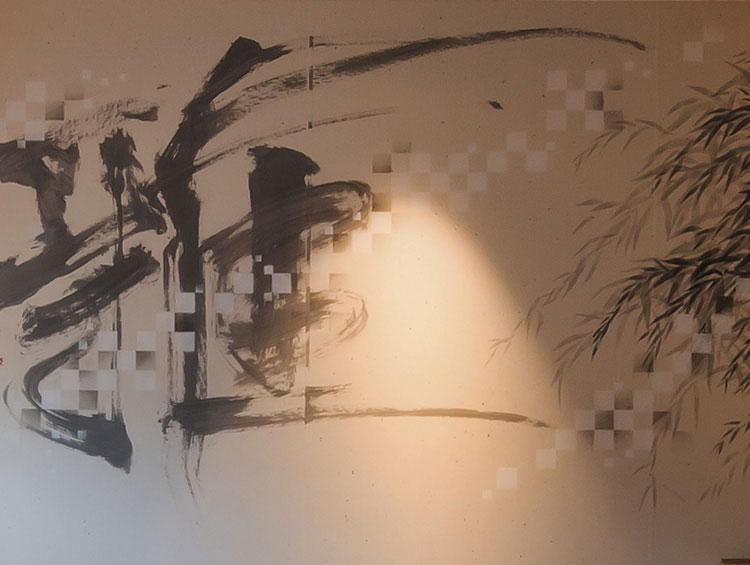 Founded in 1957, the Inoue’s story begins by inheriting the techniques used in restoring numerous cultural properties at the Kyoto National Museum`s National Treasury Repair Center, and even now they are still in the process of renewing and repairing various hanging scrolls, pictures, folding screens, partition screens, and scrolls. Additionally, the Inoue family is also involved in the construction of fusuma and shouji sliding doors as well as interior design using washi paper in relation to sukiya-style buildings and various shrines and temples throughout Japan.The various pieces designed by Inoue Kougadou throughout our hotel capture and generate a sensation of modernity infused with the craftsmanship of the traditional. 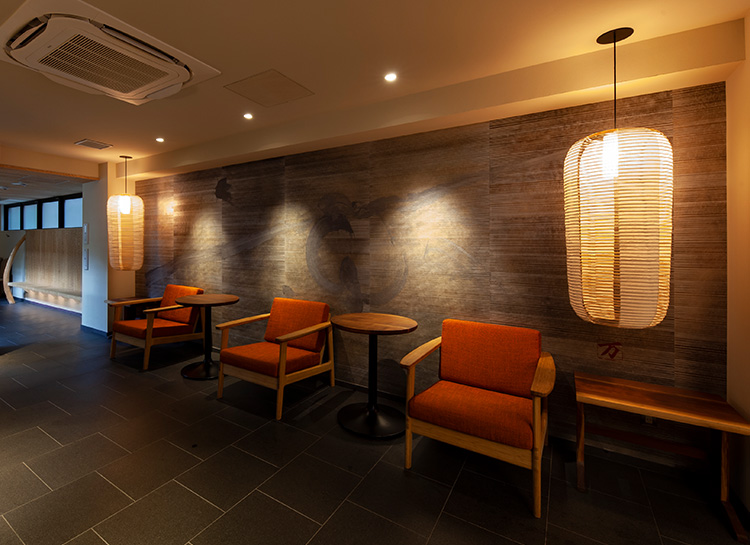 Kojima Lanterns is a business dedicated to hanging paper lanterns that are handmade using a traditional Kyoto-style manufacturing method. Compared to other traditional hanging paper lanterns, Kojima lanterns are more durable and rugged because of the thicker paper used in their construction. Because of the time, effort, and care put into the construction as well as the process of carefully selecting the materials for each individual lantern, mass production of these types of lanterns is not possible, and, therefore, makes the lanterns crafted by Kojima Lanterns a truly unique addition to our hotels. 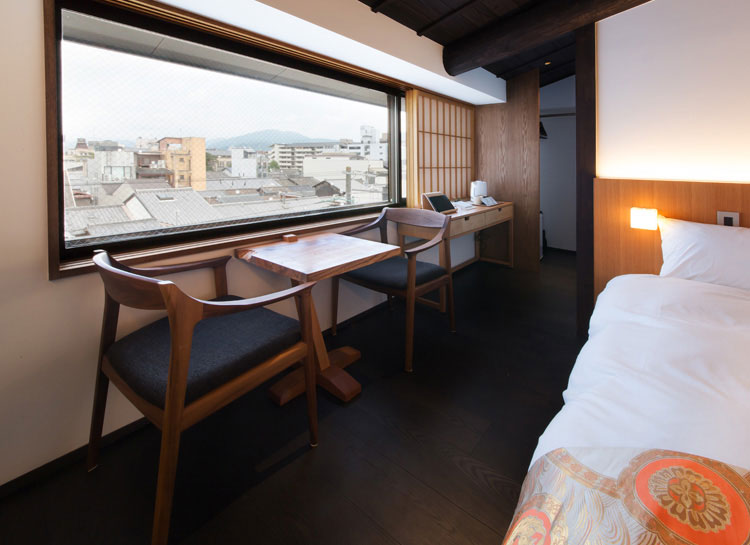 Mori no Koubou Inwood is a workshop that specializes in designing tables, furniture, and toys made from Japanese Kitayama cedar. Each piece of cedar lumber is treated with exceptional care as to accentuate a modern yet simple design as displayed by the excellent craftsmanship of our communal breakfast table located in the lounge area of our Shinmonzen location. 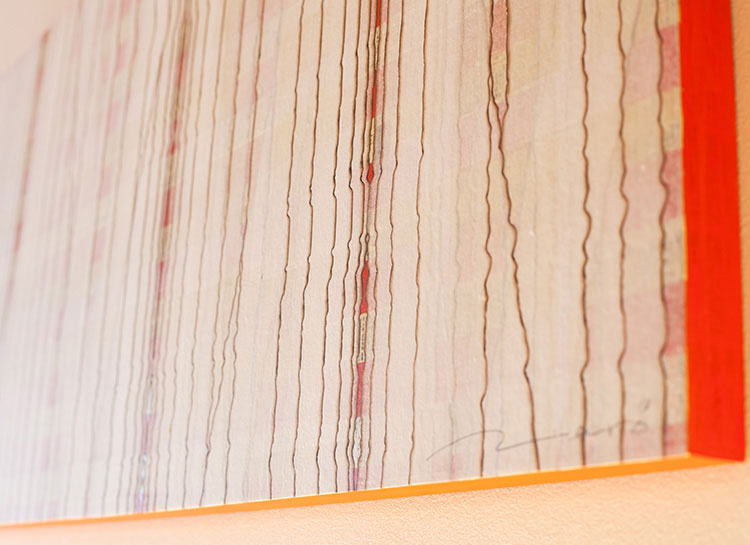 Born in Nagasaki Prefecture in 1977, A-taro Matsuo studied sculpture at Kyoto University of Art and Design before working as an assistant to the modern artist Shoichi Ida between the years of 1998 and 2006. 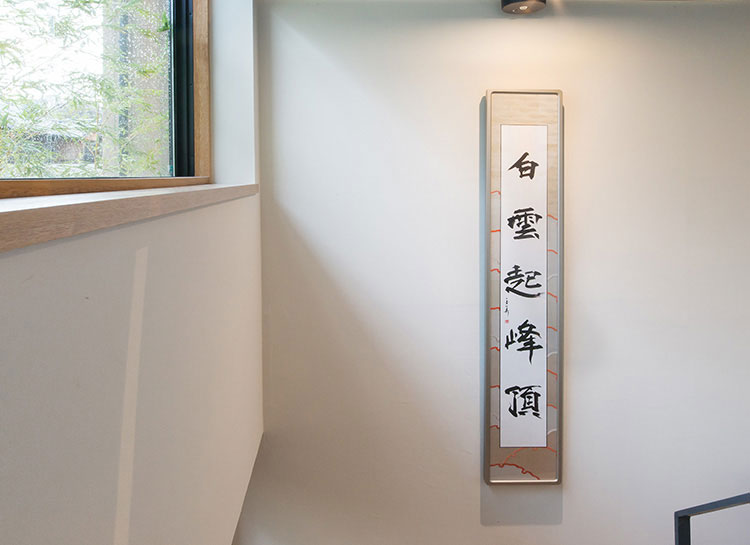 A graduate from the calligraphy department of Daito Bunka University in 2013, Mami now works as a calligrapher and artist.
According to Mami, “graffiti based in hip hop culture uses the same visual language as calligraphy, and with this idea in mind I created "Calligraf2ity" Calligraphy + Graffiti = Calligraf2ity
The 2 in Calligraf2ity comes from a way to count in Japanese. The 2 also signifies the fusion of the two cultures of calligraphy and graffiti into the traditions of the next (second) generation. This is the meaning behind “Calligraf2ity”. 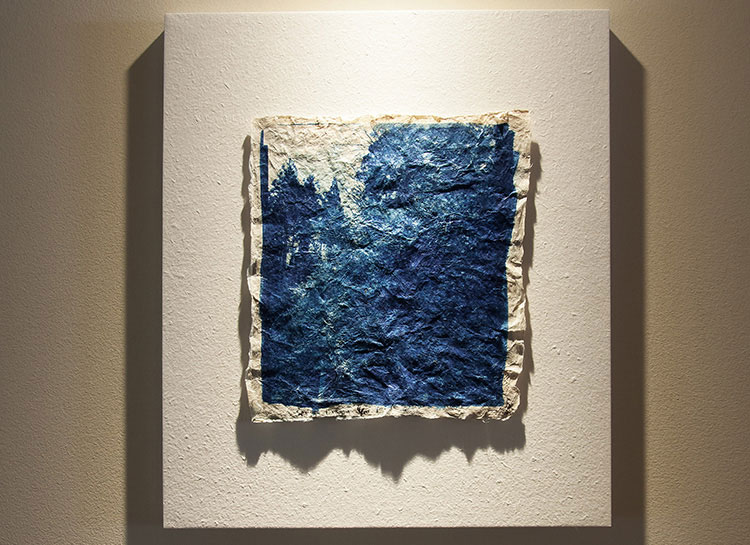 Born in Kyoto in 1984, Horie Mika’s interest in photography and Japanese paper-making began when she was earning her BA at Kyoto University of Art and Design. In 2008, she enrolled in the Master’s program of contemporary art at Kingston University in London. Throughout her time in Europe, she developed an interest in exploring the different points of view regarding Japanese aesthetics as well as the the ever-present Japanese sense of humor in daily life through various expressive techniques in her artwork.
In 2013, she established her own studio space in a small mountain village in the Yamanaka Onsen/Kaga area of Japan. It is there that she started to pursue her paper making based around the concept of realistic expressions of nature and this concept is best symbolized through her use of the highest quality local, organic materials in her works. 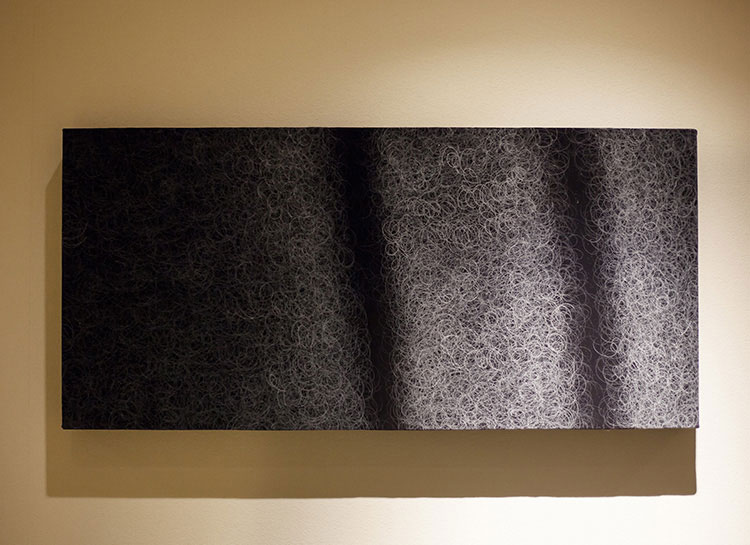 After graduating from a postgraduate course at Musashino Art University, Sang Sun Bae went on to receive her Doctorate from Kyoto University of Art. She then went on to study at the Royal College of Art in London. Between 2005 and 2008, Bae was selected for the VOCA Exhibition for new emerging faces in modern art as well as took part in many other international exhibitions. Recently, Bae has made Kyoto her home base from which to conduct her art. 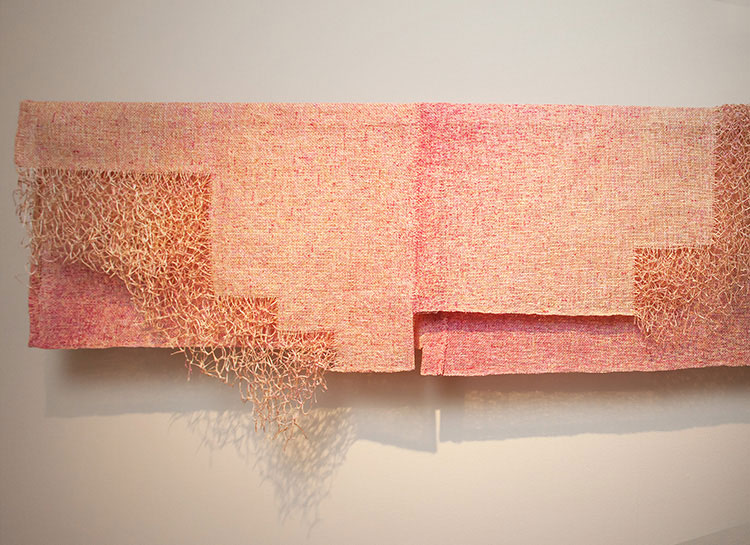 Born in Hyogo Prefecture and a graduate of Kyoto University, Naoko Yoshimoto completed her study at Kawashima Textile School in the year 2000. In 2006, she took part in a project for upcoming artists offered by the Agency of Cultural Affairs that saw her training in the United Kingdom; a training she prolonged by taking on a trainee position at the POLA Art Foundation. She is now a resident of Mie Prefecture and has won many prestigious awards for her artwork.

The title of her work featured in our hotel is called “After Image.” “The image of falling sakura petals will remain in the hearts of the people who have seen them even after fading away from view. To make a momentary scene eternal is what I aimed to represent with this project.” 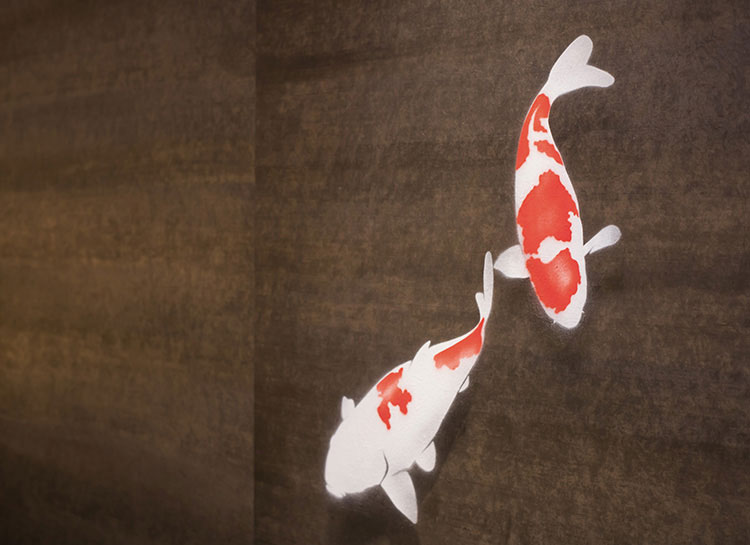 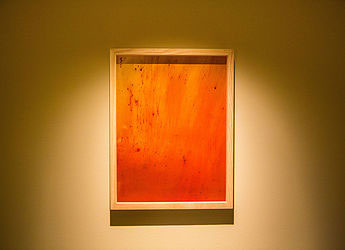 Kazuya Yamaguchi was born and grown up in Takasago City in Hyogo.
He graduated from Kyoto University of Art and Design.
He creates paintings/photographic works by his consistent concept, accumulations or impressions of a brief moment.
In 2000, he won a grand prize (The TAMON Prize) at Sekiguchi Art Foundation Award for “KAKIAIKKO”, which is a collaboration with his improvised painting and a musician’s play on the stage, focusing on “MA: a consciousness of space between two people”.
As an additional prize, Mr. Yamaguchi worked in New York City, and had an opportunity to work as an exclusive photographer of a nihonga painter Hiroshi Senju for three years, started working as a freelance photographer after Mr. Senju’s photo book was published. Subsequently, he made his self-published photo book of a professional boxer Noriyuki Komatsu, and continues to shoot portraits of another professional boxer, Joichiro Tatsuyoshi.
In 2016, Mr. Yamaguchi completed a ceiling painting “Hou Ou-zu (Male and Female Phoenix)” at Kannon-ji temple.
Finally he has launched an alternative painting “Eternal trace” by specially made pyrotechnics devices.
In 2017, he started painting on fusuma slide doors at Shinju-an in Daitoku-ji temple.